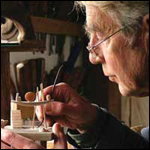 The relationship between an artist’s life and work is inevitably multifaceted and complex. This CV is a brief resumé to give some idea of the interweaving of place and circumstance with the continuing creative process. 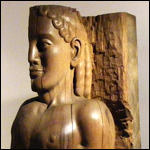 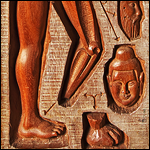 1971 Won Scottish Arts Council competition for memorial sculpture sited at Rothesay Academy, Bute.
1971 Moved to old farmhouse on the Isle of Man
1970s Working variously as builder/interior designer, running an art/craft gallery and supplying it from 3D workshop, working a self-sufficient smallholding, initiating an Educational Day Centre, in conjunction with the Isle of Man Board of Education, for children with learning difficulties. Continued, throughout this period, to carve sculpture and give tuition.
1978 Travelled to India for 2 months. 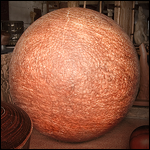 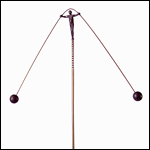 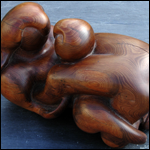 1980s Family grown up. Returned to sculpture and drawing on a more full time basis, while continuing to work the smallholding.
1982 Three drawings accepted for Hayward Gallery Annual British Drawing open submission. One drawing purchased by the Arts Council of Great Britain.
1982-88 Visiting lecturer in Sculpture and 3D Design on the Art Foundation Course at the Isle of Man College of Further Education.
1983 Represented in Tolly Cobold Exhibition at the Fitzwilliam Museum, Cambridge; founder member of ‘Arts in Man’ to promote and encourage the visual arts in the Isle of Man. Designed and helped convert a double decker bus to the ‘Isle of Man Travelling Gallery’; co-ordinated this project until 1988.
1986 Shortlisted for Sculpture Commission in Centre of Paisley. Design for the Strand Sculpture, London, selected for shortlist exhibition. Commissioned to produce designs and maquettes for relief sculptures on projected extension to Manx Museum and Art Gallery, Douglas.
1987 Working on 11 relief sculptures (1 metre square, 10cm deep) for Manx Museum - to be cast in glass reinforced concrete, as an external frieze. 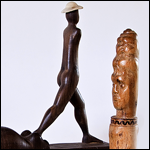 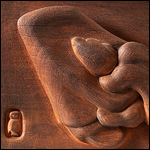 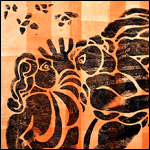 1988-97 Moved to terraced house in Lancaster. Working mainly at drawing, woodcuts and monotypes.
1989 December to April 1990: Solo Exhibition of 20 years' work, at the Manx Museum and Art Gallery, Isle of Man. In conjunction with this, was responsible for a number of educational workshops.
1990 Same exhibition, in July, at Peter Scott Gallery, Lancaster University. Three sculptures and three drawings purchased by Manx Museum, and a drawing and a number of woodcuts by Lancaster Museum and Art Gallery, and another drawing given later.
1997 until 2016: living in the Lleyn Peninsula in North Wales. Making free standing and relief sculptures, chiefly in wood, plus drawings and woodcuts. 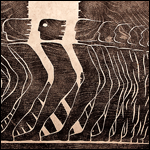 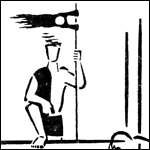 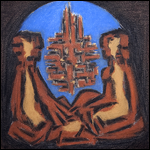 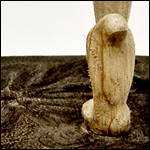 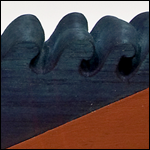 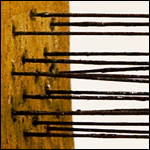